The number of people killed on British roads while they were at work dropped slightly last year according to the latest figures published by the Department for Transport (DfT). Of the 1,792 killed in fatal accidents in 2016, 529 (29.5%) were at work at the time. The previous year 31% of the 1,730 road fatalities involved people at work. 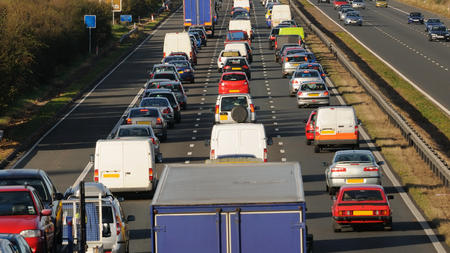 However, the DfT data, based on information gathered by the police at road accidents, shows serious injuries to commuters have risen by almost a quarter (24%) since 2011, according to new government statistics.

Figures from the Department for Transport (DfT) show that 2,132 of the 24,101 people seriously injured in road collisions in 2016 were driving to or from work. This is 255 more than during the previous year and the highest level for five years.

Serious injuries sustained by at-work drivers also increased, by 11% to 1,305 compared with 2015. This is the highest number recorded since 2011, when 1,384 such motorists were badly hurt in accidents.

Commercial vehicles and cars being driven for work that were involved in personal injury accidents continued to fall. Some 33,506 cars, buses/coaches, vans and heavy goods vehicles (HGVs) crashed last year, compared with 35,530 in 2015 and 39,376 in 2014, according to the latest figures.

The DfT said that comparisons between the 2016 and 2015 serious injuries figures should be interpreted with caution due to changes in the systems for severity reporting by about half of all police forces.