TOP 10 HEALTH AND SAFETY PROSECUTIONS OF 2022 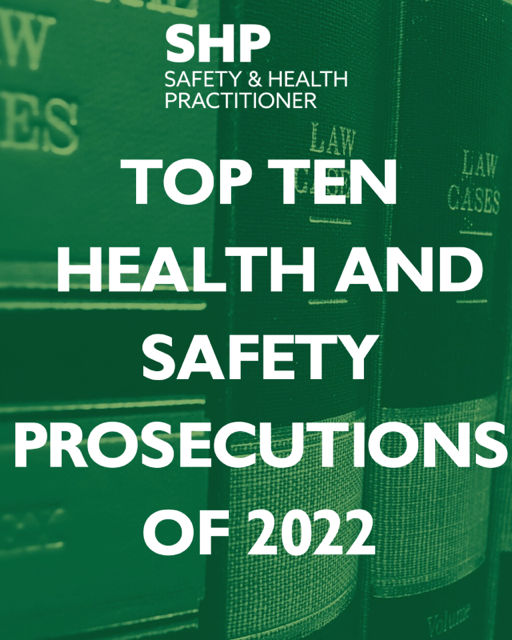 Last year saw huge fines for the likes of Sainsbury’s, Carlsberg, Dairy Crest and Network Rail. From environmental offences to gas leaks, take a look at the major health and safety prosecutions of 2022.

In August, Retail company, B&M, and an electrical contracting company were fined £1 million after an electrician suffered serious burns to 15 per cent of his body when he was caught in an explosion at a warehouse in Liverpool.

In March, Sainsbury’s was fined £1 million for a ‘booby trap’ which caused horrific injuries to a shopper at one of its stores.

In August, technology firm Dyson was fined £1.2 million after an employee sustained head and chest injuries when he was struck by a 1.5 tonne milling machine.

In May, Network Rail was fined £1.4 million for a health and safety breach after an investigation by the Office of Rail and Road.

In February, a company was fined after an electrician died in fall of approximately eight metres, when an access panel on the raised walkway of an overhead crane gave way beneath him.

5. £1.5m fine for Dairy Crest after series of environmental offences

In June, the maker of popular brands like Cathedral City and others was fined £1.5 million – the largest fine ever awarded for an Environment Agency conviction in the South West.

In July, Yorkshire Water was fined £1,600,750 for polluting a Bradford watercourse in a prosecution brought by the Environment Agency. It was also ordered to pay a victim surcharge of £170 and £22,112.79 in costs.

In March, a company and three of its bosses were fined more than £2 million over the death of a worker who suffered catastrophic head injuries at a scrap metal recycling plant in Oldbury.

In June, Carlsberg was fined £3 million after a contractor died and another was seriously injured following an ammonia gas leak at one of its breweries.

The largest fine of the year was to a mining company, fined £3.6 million in August, after two electricians suffered severe burns in separate incidents.