Health and safety fines £75k higher than cost of compliance 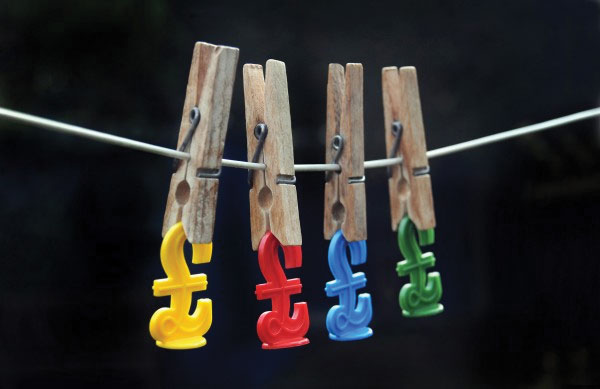 The research found that businesses paid an average of £115,440 in fines after being found guilty of health and safety breaches in 2016.

The range of these fines was very varied – from £100 for a construction company, to £5 million for Merlin Entertainments. The averages also differed greatly across industries. 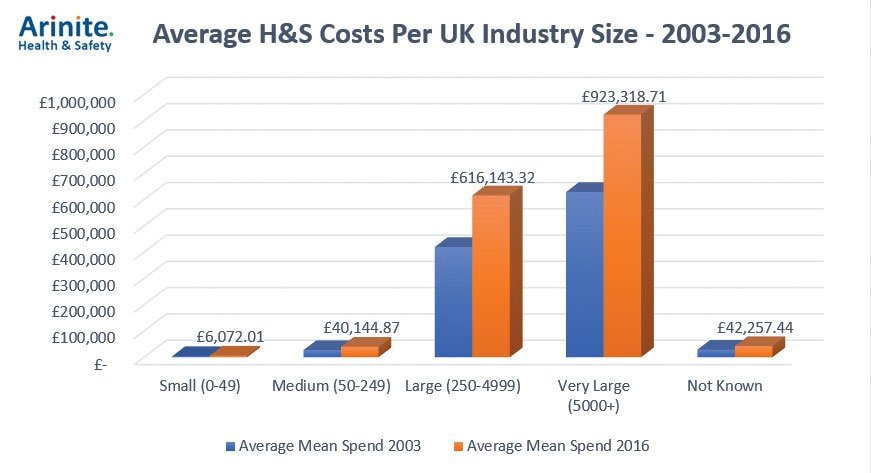 To put this in perspective, the cost of health and safety compliance for SMEs in 2016 was between £5k and £40k.

SMEs that invested in health and safety therefore potentially avoided a fine £75k higher than the cost of compliance.

According to Arinite and the HSE’s own research, small to medium sized businesses can expect to pay no more than £40k per year to remain health and safety compliant.

However, for larger businesses, the compliance costs can be a lot higher. But health and safety failures at these companies rarely just result in a fine – a major accident incurs the total cost of injuries and ill health sustained, not to mention the PR costs when these offenses sometimes make national headlines, such was the case with Merlin Attractions Operators for the notorious ‘Smiler’ rollercoaster incident.

Evidence from HSE shows that the size of fines in Britain have been growing steadily over the past few years. The largest 20 fines to businesses for health and safety offenses in 2016 were three times more than the largest 20 fines in 2015, and eight times higher than in 2014.

And fines are only getting tougher. As of 1st February 2016, new sentencing guidelines were introduced raising the maximum fine threshold to £10 million, and more than £20 million for corporate manslaughter convictions.

Shelley Frost, executive director of policy at IOSH, said about the raised sentences: “Health and safety offenses can ruin lives, devastate families, and inhibit precious talent. Whilst you cannot put a value on human life, the level of fines now being handed out recognizes society’s disapproval of serious corporate failures that lead to injury, illness, and death.

“It reflects a desire to deter others from making the same errors and takes significant steps forward in aligning penalties for these offenses with other regulatory breaches in the UK.”

To avoid unnecessarily high fines in 2017, IOSH have provided specifics on how businesses can prevent and reduce the cost of a fine. Note: they are a guide on how to mitigate severity and aren’t necessarily about how to remain health compliant, for that you need to consult HSE.

Factors increasing seriousness of a fine include:

Factors helping reduce the seriousness of an offence:

In 2017, take time to review your safety practices and ensure your business is compliance above and beyond the standard set in previous years. Whilst compliance costs may not be rising steeply, the penalties certainly are.