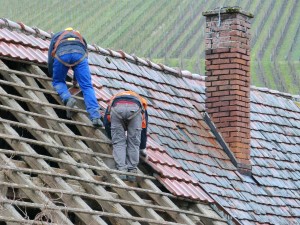 A construction firm has been sentenced for safety failings after four workers were injured, one of them seriously, when a roof truss in a new extension collapsed during construction causing several others to fall.

Four men working on the extension were caught in the collapse at premises in Brandon Court, Binley, Coventry.

One man was trapped by his legs, two suffered minor injuries and the fourth, a 37-year-old who does not wish to be named, suffered severe grazing and a fracture to his lower spine which led to many painful months off work.

Nuneaton Magistrates’ Court heard today (Monday 15 June) that the principal contractor for the project was DP Designs Ltd, which was prosecuted for safety failings following an investigation by the Health and Safety Executive (HSE).

The court heard that due to an omission during the planning and procurement process of the project, a critical structural truss had been overlooked. This led to the workers attempting to install the trusses in an unstable manner, but as soon as they realised it was an issue they stopped working in that area.

However, the following day, one of the trusses broke, causing a domino effect as several other trusses collapsed above the area where the men were currently working.

The investigation found that had the work been properly planned, organised and monitored the collapse would not have occurred. Also, if appropriate fall prevention measures had been implemented correctly, the outcome would have been less severe.

“As the principal contractor DP Designs Ltd should have ensured the roof truss installation was properly planned, appropriately supervised and, above all, safe.

“The company had a duty to inform those, who may be affected, of any changes to the plan that may impact on their work, in this case the company failed to inform workers of changes that led to the structure becoming unstable.

“Where work at height is involved, companies should also provide suitable measures to prevent falls and, secondly, provide equipment to mitigate the outcome of any falls. However, as a result of the DP Design Ltd’s failings, four men were injured.”

Falls from height are responsible for around a third of workplace deaths every year, with 25 people losing their lives in 2012/13. For more information go to the HSE website at: http://www.hse.gov.uk/work-at-height/index.htm