Builders’ merchant Jewson has been fined £400,000 by Folkestone Magistrates’ Court following an incident in which a tonne of iron mesh sheets fell onto two of its workers, leaving one with life-changing injuries. IOSH magazine spoke to Thanet District Council’s public protection officer Simon Hogben about what happened. 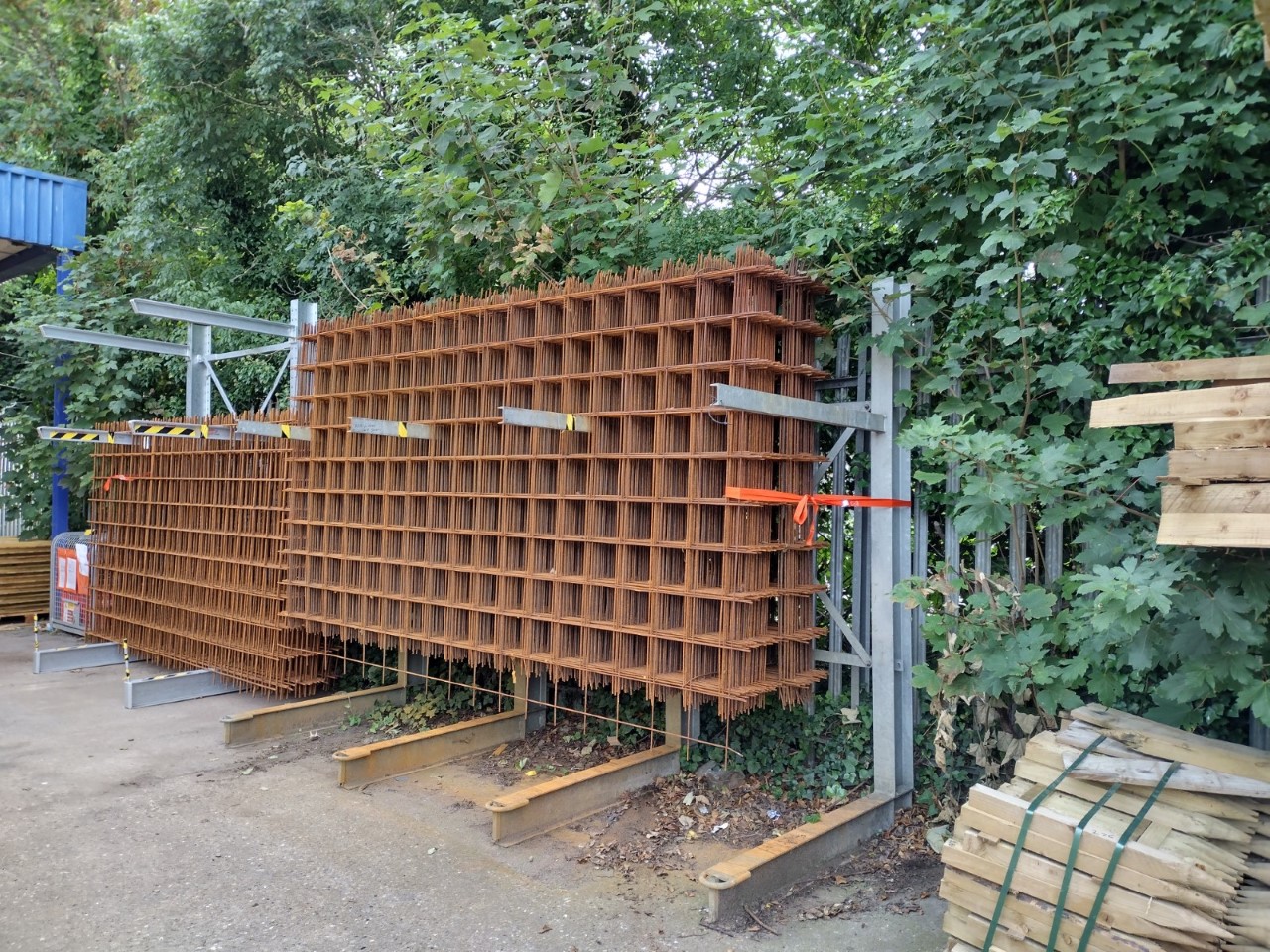 ‘This incident happened in August 2021 at Jewson’s branch in Margate, Kent. Three workers were involved in using a forklift truck to unload 20 steel mesh sheets that had been delivered,’ explained Simon.

‘The forks of the truck went into the mesh sheets but, as it lifted them and pulled back, a few sheets got caught at the back. Two of the men, the delivery driver and a yardman, walked behind the sheets to help free the tangled mesh but, as they did that, the forks dropped and the load fell on top of the two men. The weight of the load was approximately one tonne.’

Such a weight caused significant injuries. Although the lorry driver was relatively fortunate to receive only a glancing blow, that alone resulted in serious cuts and lacerations due to the sharp edges of the metal sheets (pictured above). However, the yardman took the full force of the load.

‘He was trapped underneath the metal sheeting, which crushed his legs and caused multiple fractures, including one foot and ankle that was almost completely shattered. He nearly lost one of his legs and has had five operations since. He’s still in a wheelchair, and the chances of him working again are limited,’ said Simon.

As Jewson’s main business is retail, the subsequent accident investigation came under the remit of Thanet District Council’s Public Protection Team, which was notified of the incident by Great Britain’s Health and Safety Executive (HSE). With jurisdiction established, Simon set to work to discover what had happened.

‘To begin the investigation, it was a case of making contact with the injured parties and initially the families of the injured parties because the yardman was in hospital. After I had spoken to the people affected, I went to the Jewson branch,’ Simon said.

‘During our investigation it became clear that a forklift should not have been used to unload the mesh sheeting. The sheets have to be taken off one at a time; it even says that in the risk assessments and all the method statements that Jewson has. They were using the wrong method – a dangerous method – and they’re not allowed to do that for that reason: if you’re carrying a lot of them, you’ve got metal on metal and they can slide off. But they had a big order, so they cut corners.

‘However, it also came to light that the three men involved were not aware of the risk assessment at all. They hadn’t seen a risk assessment for this. They were never shown the right method of removing the meshes. They were never told the risks involved or the hazards. So they were doing the best job that they could, this practice was common, and in their minds, they were doing this the right way,” Simon said.

‘It then got a bit more complex because we discovered the man driving the forklift was, in fact, a supervisor. However, even he was completely unaware of the correct methods and hadn’t been given the information and the tools he needed to do the job safely. So then we took a step back and had to question if management was supervising the supervisors. Where is the chain of enforcement? It simply wasn’t there.’

Following Simon’s visit to the Jewson branch, Thanet District Council served two prohibition notices: one on the specific unloading activity that led to the incident; the second on a forklift truck – albeit not the one involved in the incident – that had a shattered rear window and poorly maintained tyres. The council also served Jewson with improvement notices on their risk assessments for not being reviewed, training for employees and information for employees.

‘We served five notices in total, which is quite a lot,’ Simon said.

‘In terms of prosecution, we are guided by the Enforcement Management Model (EMM). We have to take into consideration, severity, consequences. Because the severity of the injury was high and also because we found quite a high level of faults at Jewson, the decision to prosecute was relatively straightforward.”

Jewson entered a guilty to the charge under section 2 of the Health and Safety at Work Act. On 28 April 2022 at Folkestone Magistrates’ Court, it was fined £600,000 reduced to £400,000 for an early guilty plea and ordered to pay full costs of £23,094 to Thanet District Council.

In addition to the physical injuries suffered by Jewson’s workers, the psychological effects of the incident are still being felt.

‘We felt it was right to treat the forklift driver as a victim just as much as the two men who had received physical injuries. After speaking to him, it was clear to me that he was really struggling to deal with what had happened. It was a very traumatic experience for him: in his mind, it was his fault, he was driving, he witnessed this happening,’ Simon said.

However, Jewson’s national management has taken some important positive steps following the incident and subsequent investigation.

‘“After we investigated what had happened, Jewson stopped using their vertical racking system across the whole of the UK and Ireland, so they identified it as a problem. Hopefully this incident and the subsequent investigation has prevented a similar accident happening again at any branch of Jewson,’ added Simon.

A MESSAGE FOR IOSH MEMBERS

Simon said the lesson that health and safety professionals can take from this case is very clear: communication is key.

‘It’s important that all employees understand that incidents such as this are completely avoidable. It’s fine having fabulous risk assessments and fabulous method statements, and having them beautifully aligned in the office. But if they’re not being communicated to the staff and the people that need them, they’re useless.