Figures obtained by the Unite union, via a Freedom of Information request, have revealed that since 2010 there has been a 25% reduction in the number of HSE inspectors. 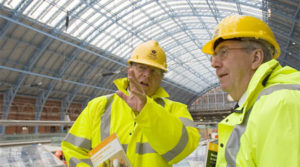 Unite has released the figures just before International Workers’ Memorial Day (28 April) to highlight the increasing lack of enforcement and safety protection in the workplace.

The cut in inspectors follows Unite’s recent revelation, also acquired via an FOI request, that it takes three years and four months on average from a fatal workplace accident occurring until a conviction.

“It is clear that the HSE is being denied the resources to undertake its role properly.”

“In these circumstances it is more important than ever that union safety reps are given the training, support and time to conduct their duties and keep their fellow workers safe. However rather than boosting the rights and powers of safety reps the Conservative government has been intent on making their role even more difficult.

“All political parties need to give a pledge to make workplace safety a priority and commit to giving the HSE the proper resources to undertake its role effectively and ensure workers are safe at work.”