A supplier of food grade CO2 and CO2/nitrogen mixes to restaurants and pubs in the north of England has shortened its cylinder inspection cycle by half after an employee was injured in an explosion. 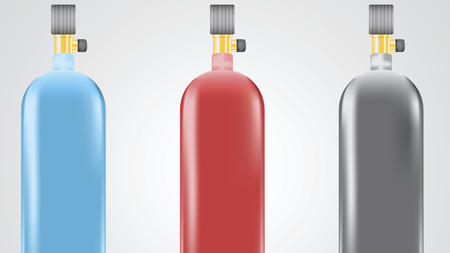 As he was filling a cylinder, another blew up nearby. He was badly injured by flying shrapnel and airlifted to hospital, where his leg had to be amputated below the knee.

A Lancashire Telegraph report said other workers were also injured in the explosion, which was likely to have been caused by fluid left in the cylinder that created cracks in its walls.

The Health and Safety Executive (HSE) found that Hawthorn had not carried out thorough pre-fill checks before starting the work because the company had not given him proper training or instruction.

He had only worked at the firm for four months and had no previous experience of filling cylinders, Blackpool Magistrates’ Court was told.

The company now inspects cylinders every five years instead of ten.

After the trial, HSE inspector Steven Boyd said: “Robust pre-fill checks of high pressure cylinders should be undertaken before they are filled and workers must be informed of this.

“The injured worker should have received adequate training, instruction and supervision to be able to carry out their work safely, but the company failed to fully do this.”