Scrap metal recycling firm Alutrade Ltd has been fined £2 million after admitting the corporate manslaughter of an employee ‘in an incident waiting to happen’.

Three company directors have also been fined after pleading guilty to breaches of the Health and Safety at Work Act.

As part of a three-year joint investigation, West Midlands Police and the HSE examined weeks of CCTV footage and uncovered hundreds of safety breaches prior to the death of Stuart Towns. 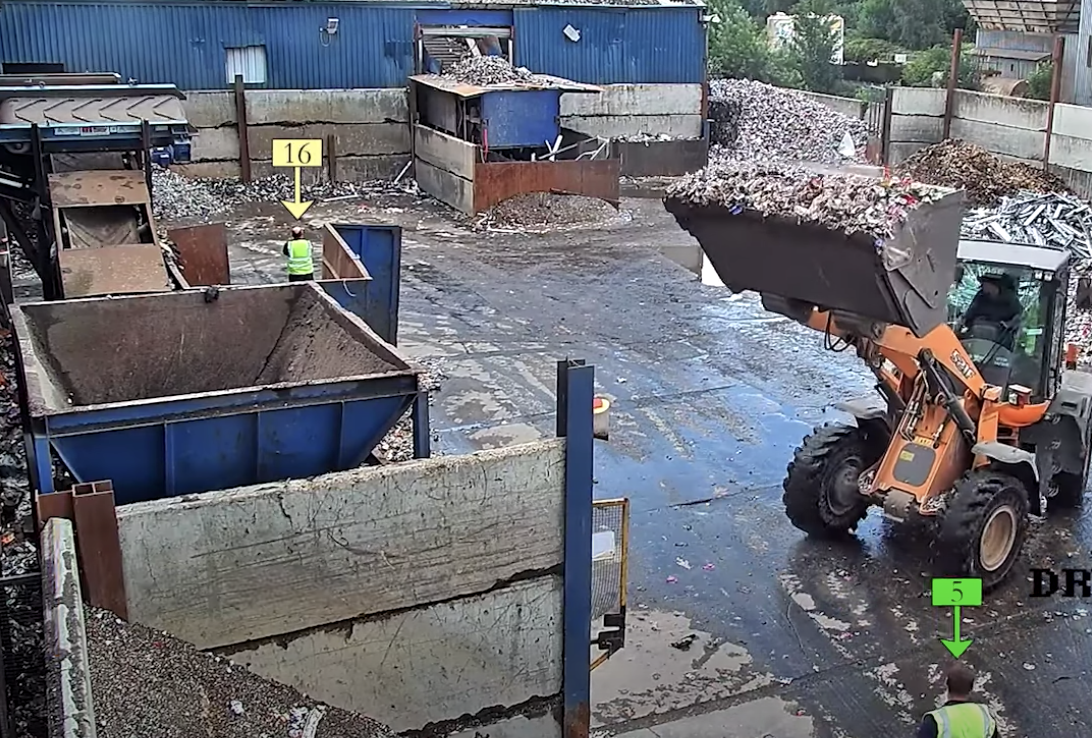 Stuart was killed on 24 June 2017 at Alutrade’s Tat Bank Road yard in Oldbury. Footage shows the 34-year-old accessing an area beneath a hopper – which feeds scrap metal onto a conveyor belt, known as the ‘’Biffa Line’ – via a broken gate. Colleagues discovered Stuart’s body a few minutes later. He had suffered major head injuries and was pronounced dead at the scene.

Wolverhampton Crown Court heard the firm should have prevented access to dangerous machinery, and the machine should have been switched off before workers performed any cleaning or maintenance.

‘IF THE GATES PREVENTING ACCESS TO THE CONVEYOR HAD BEEN REPAIRED, WORKERS WOULD NOT HAVE BEEN PUT AT RISK AND STUART TOWNS’ FATAL INJURIES COULD HAVE BEEN PREVENTED’

Alutrade had been warned previously about the lack of lockable gates to prevent access to the machine. The firm had installed gates but, at the time of Stuart’s death, they were damaged. CCTV from the weeks leading up to the incident shows employees, including Stuart, climbing in and on the machine and going underneath it to clear blockages.

HSE inspector Jan Willets confirmed to IOSH magazine that fixing the gate would have been straightforward and inexpensive, but a culture existed in which management regularly turned a blind eye to workers taking dangerous short cuts.

Four days before he was killed, Stuart had been warned not to work too close to the hopper by Alutrade’s managing director Malcolm George. On the day he died – just 40 minutes before the incident – CCTV again shows Stuart working close to the hopper but the manager, who was standing nearby, failed to take any action.

Analysis of CCTV footage during the investigation revealed shocking practices at the plant, including workers jumping on metal in a hopper to clear blockages and walking on a conveyor belt. In another instance, George is seen driving a forklift truck that lifts Towns 18 feet in the air to clear a blockage.

The CPS initially brought charges of gross negligence manslaughter against George, director Kevin Pugh and health and safety manager Mark Redfern, but ultimately they admitted breaching section 2(1) of the Health and Safety at Work Act by virtue of section 37. George was fined £15,000 with costs of £7,109; Pugh was fined £5,318 with £3,854 costs; and Redfern was fined £2,635, with the company paying his costs.

West Midlands Police’s senior investigating officer, Hannah Whitehouse, said Stuart’s death was ‘an incident waiting to happen’. He and other staff at Alutrade Ltd were operating in a culture where dangerous working practices were regularly overlooked.

‘You do not need a detailed understanding of health and safety legislation to know from watching the footage that workers were frequently allowed to risk their lives.

‘The company put profit before health and safety and it cost Stuart his life.’

Inspector Willets added: ‘Serious injuries to workers in waste and recycling are too common.

‘If the gates preventing access to the conveyor had been repaired, workers would not have been put at risk and Stuart Towns’ fatal injuries could have been prevented.’

In a statement, Alutrade expressed ‘deep remorse’, adding that ‘lessons have been learnt and the company has subsequently transformed its approach to managing and enforcing health and safety on site.”

Considering the level of the fine imposed on Alutrade, Jon Cooper, partner at Womble Bond Dickinson, told IOSH magazine: ‘In view of the company’s turnover, it would have been treated as a medium organisation under the Definitive Guideline for sentencing in corporate manslaughter offences.

‘The offence itself, in terms of category, is determined by the following factors:A. How foreseeable was serious injury?B. How far short of the appropriate standard did the offender fall?C. How common is this kind of breach in this organisation?D. Was there more than one death, or a high risk of further death, or serious personal injury in addition to death?

‘I think it is reasonable to assume that the Judge in this case decided that the offence fell within Category A. He is likely to have started at about the recommended starting point of £3 million and then given credit for the guilty plea and other mitigating factors, arriving at the fine of £2 million.’

On the question of the trajectory of fines being handed down for health and safety breaches, Jon added: ‘I think that in terms of health and safety offences there has been an upward trend, but not to the extent that might reasonably have been anticipated. In particular, courts have been reluctant to impose very significant fines in cases where an organisation’s turnover properly allows the court to treat it as a very large organisation.

‘In terms of corporate manslaughter, the problem is that the companies which have been, and continue to be, prosecuted are not very substantial. As a consequence, the courts have not been able to impose financial penalties, which are, in terms of public perception at least, significantly higher than those imposed for health and safety offences, which is plainly the intention of the guideline.