A lift maintenance company has been fined £14,400 and ordered to pay £45,000 costs following an accident where a care home resident fell down a lift shaft. However, the care home itself, which was also responsible for the safe operation of the lift, went into liquidation shortly after criminal proceedings started. 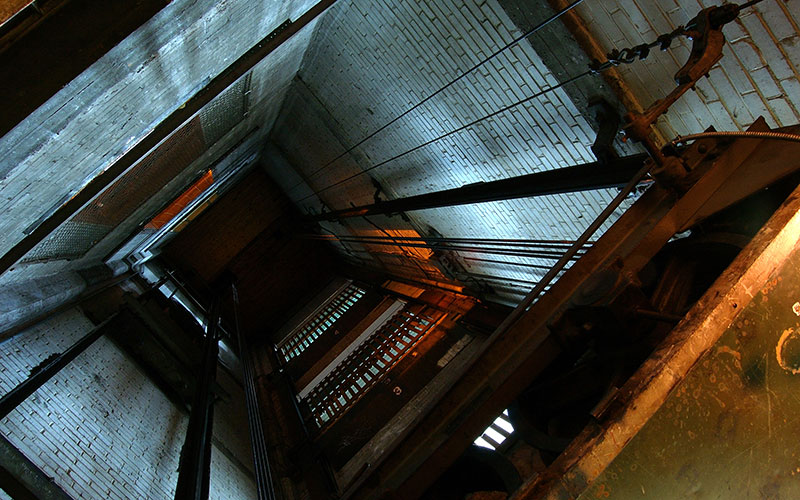 On 30 January 2017, 85-year-old Kenneth Bardsley, who had dementia and used a wheelchair, was using the lift with a care worker at Serendipity Care Home in Greater Manchester. After they entered the lift on the first floor to go down to the dining room on the ground floor, it stopped for a few seconds before plunging four metres into the basement.

Mr Bardsley died following the fall, while the care worker sustained minor injuries to her mouth, face and left eye.

A subsequent investigation by the Health and Safety Executive (HSE) found that the cause of the accident was poor maintenance: the corner of one of the lift’s door had been damaged and caught on the lintel plate of the ground floor landing entrance, causing it to bend and then buckle under its own weight, before dropping uncontrolled to the basement.

The issue with the damaged door had been reported to the care home’s lift maintenance provider, Lancs and Cumbria Lifts UK Ltd, a week earlier on 23 January 2017. However, while engineers from Lancs and Cumbria Lifts had attended on the same day, they found that a replacement part was required and no repair had taken place at the time of the incident.

Lancs and Cumbria Lifts had also attended Serendipity Care Home on the day of the incident for a scheduled maintenance visit, but did not repair the door and the lift remained in use. The HSE investigation found that mechanical repairs had not been carried out in accordance with good engineering practice and maintenance was of a poor standard.

The court heard that while Serendipity Care Home’s owner, Premum Care Ltd, had carried out six-monthly lift examination reports, as required by law, these had not been provided to Lancs and Cumbria Lifts. Lancs and Cumbria Lifts had also not requested the reports to inform maintenance work, despite it being a contractual obligation for them to be provided with the reports.

Serendipity Care Home was managed by Tabinda Dahir, the sole director of Premum Care Ltd. The court heard that, despite being fully aware of ongoing issues with the lift, Ms Dahir had not ensured that there was a system in place to deal with reports of defects and had not taken the necessary steps to rectify the issues identified. Premum Care Ltd went into liquidation shortly after the criminal prosecution began.

Speaking after the hearing, HSE inspector Jennifer French said: ‘This sad case involving a vulnerable resident and a care worker highlights the importance of good communication.

‘If Lancs and Cumbria Lifts UK Ltd had been in receipt of the reports, which identified repeated faults, further opportunity would have been afforded to carry out the necessary repairs earlier and prevent this tragic incident occurring.

‘Where several parties are responsible for the management of risk an effective system should be place to deal with reports of defects when they are identified.’

This is the second notable incident involving a care home lift that has come to court in the last three months. In OctoberIOSH magazine reported on the sentencing of care home owner Pearlcare Wellfield Limited, which was fined £90,000 after a care home manager fell down a lift shaft at Wellfield Care Home in Hawarden. In that case, Pearlcare Wellfield Limited was found guilty of four health and safety breaches at Mold Crown Court.

The HSE says that passenger lifts and combined goods and passenger lifts in workplaces that are primarily used by people at work should be subject to periodic thorough examination and inspection, as required by Lifting Operations and Lifting Equipment Regulations (LOLER) and the Provision and Use of Work Equipment Regulations (PUWER) legislation. HSE guidance for lift owners and others responsible for the examination and testing of lifts is available here.

The Lift and Escalator Industry Association also has its own safety information sheet in relation to the control of lift access and release keys here.